Putting the Project to bed

Now that our main objective has been completed we find there are still many things to do. There have also been several smaller projects which were spawned by our major project.

The Trust continues to undertake outreach in both primary and secondary schools. We also deliver talks to clubs.If you would like to organise an event please contact Richard Bennett. (see the CONTACT US link in the left hand panel

We will continue to participate in the annual Service of Remembrance to ensure that our men are never forgotten.

We partipated in events such as Heritage Open Days and Armed Forces Days until 2018.

The memorials were formally adopted by Reading Borough Council in January 2016. They have taken responsibility for managing their maintenance. The Trust will fund the cost of the annual cleaning/ rewaxing of the bronze sculpture and Roll of Honour and the occasional cleaning of the Portland Stone. The funds raised to date provide a base to enable this, but we continue to seek support and donations may be made: by clicking HERE 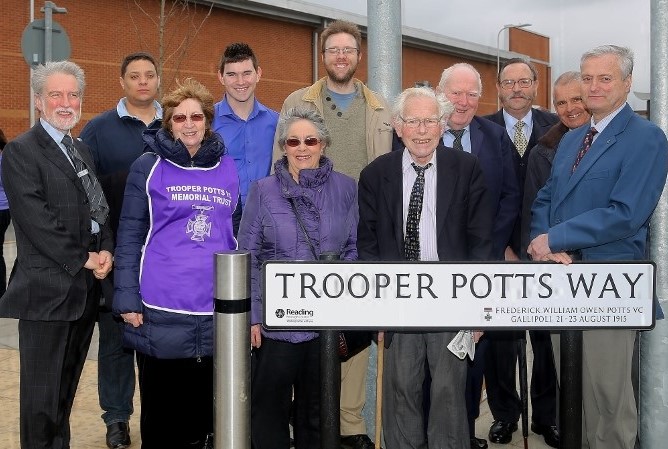 
On 1st May 2014 the new bus interchange to the north of Reading Station was named Trooper Potts Way. The proposal for this name for the new road was made by a member of the public and endorsed by the council. It was agreed it was very appropriate as Arthur Andrews, the man Fred Potts rescued at Gallipoli, worked for Great Western Railways after he recovered from his injuries and spent the rest of his working life in their Great Western clock workshop on Caversham Road, almost next to the new Trooper Potts Way. 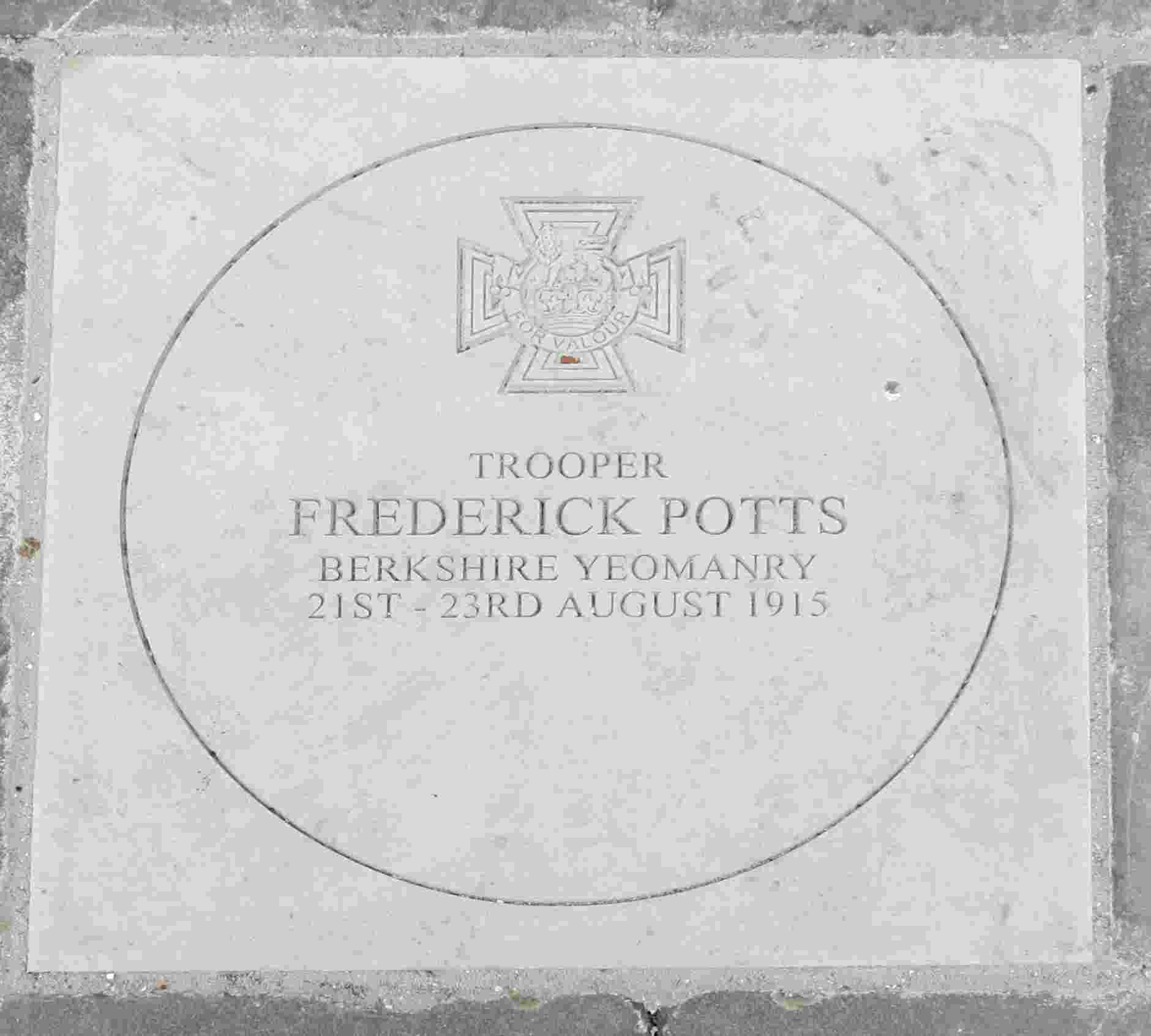 
The government set up a scheme whereby each of the 628 men awarded the VC during the First World War would have a Paving Stone installed in their home town to provide an enduring legacy to the local heroes and a fitting tribute to mark the centenary of their extraordinary bravery fighting for their country. The Government website may be seen by clicking HERE