P1070 updated 1/3/2016
.
The Potts Story - Links
On this page we invite you to visit some other sites which have mentioned our project. Good hunting!

The project to build the memorial was launched in 2011 and charity status gained in 2012 (Reg No 1147047). We were aided by Grant Bodies, public donations, and support from businesses around Reading and from descendants of Trooper Potts and Trooper Andrews. Our Sponsors, Haslams Estate Agents, and Chris Tarrant OBE, provided vital assistance which enabled us to raise the funds required. Overall a net of £177,000 was raised.

Making the memorials  the artistic process


In November 2014 the Sculptor was commissioned to start work on the full size clay maquette. The Portland Stone Plinths and carving, by A F Jones Stonemasons ( Click Here), were installed in August 2015, the Roll of Honour by Photocast Products (Click Here) and the Information Boards in September and the sculpture, cast in bronze by the Morris Singer Foundry, ( Click Here) on 2 October 2015. To make all the aspects of the memorials involved some 40 people from 9 trades and professions. Reading Borough Council provided the site and much other support.

To see how the memorial was made Click Here

Progress Reports were published by the media in August 2015: 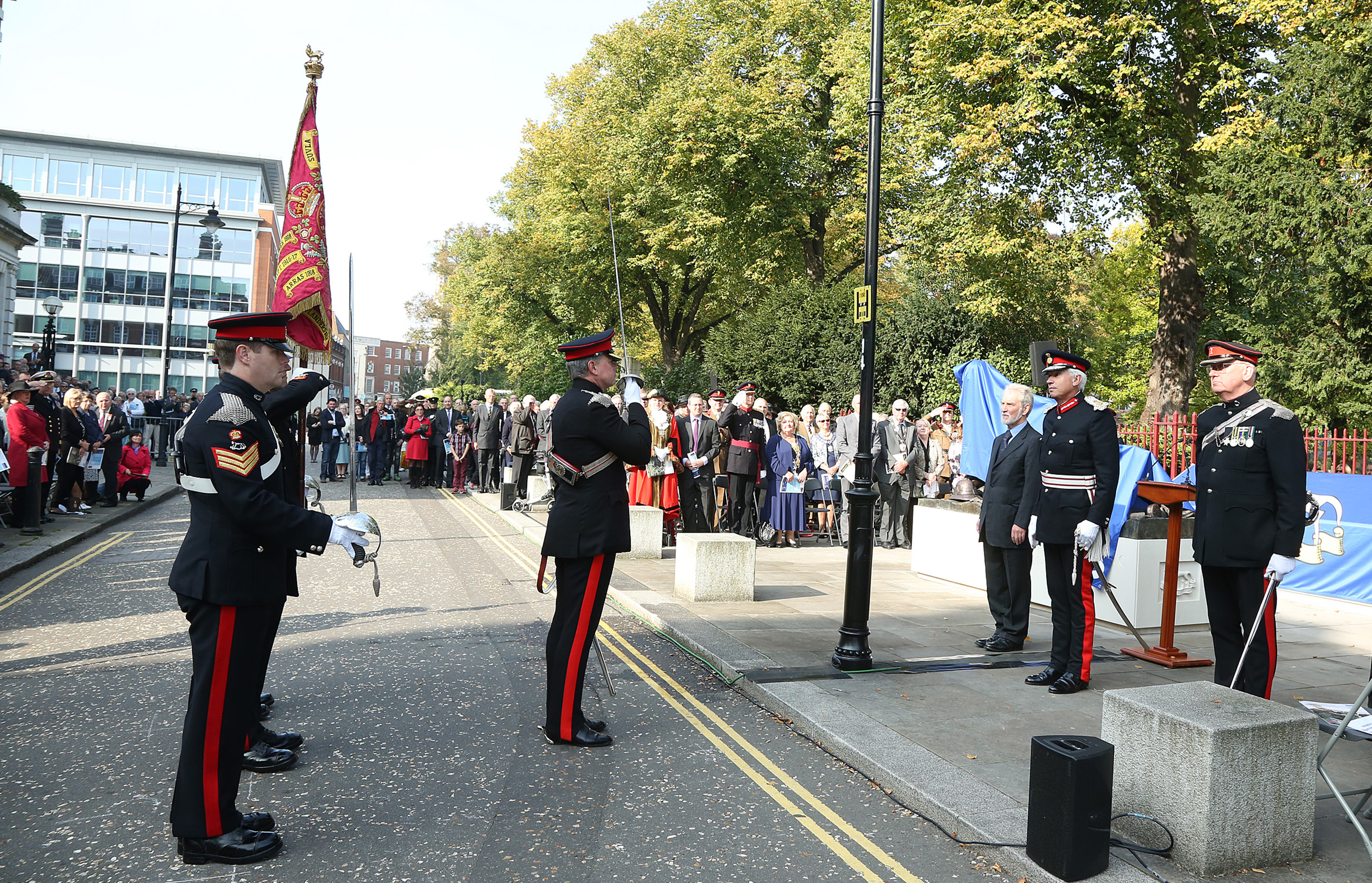 The memorial to Trooper Potts VC and Trooper Andrews was unveiled on 4 October 2015 by Chris Tarrant and the Lord-Lieutenant of Berkshire, Mr J Puxley. The Roll of Honour was unveiled by Lois Gaskell and Emma Shepherd, from the Lower 6th Form at The Abbey School. Music was provided by the Band and Bugles of The Rifles. The 350 invited guests included; mayors and chairman from councils across Old Berkshire, The High Sheriff of Berkshire, Mr D Bertie, Patrons The Hon Mrs Bayliss CVO JP and Mr Michael Naxton, sponsors, descendants of the two men and men listed on the Roll of Honour, brethren of Berkshire Masonry, representatives from the schools and colleges we have worked with and members of the Berkshire Yeomanry Regimental Association. The Deputy Head of Mission at the Turkish Embassy, Minister-Counsellor Mr Fatih Ullusoy read the works of Kemal Ataturk. The 94 (Berkshire Yeomanry) Signal Squadron formed the parade and gave the salute. Some 200 members of the public also attended the service. 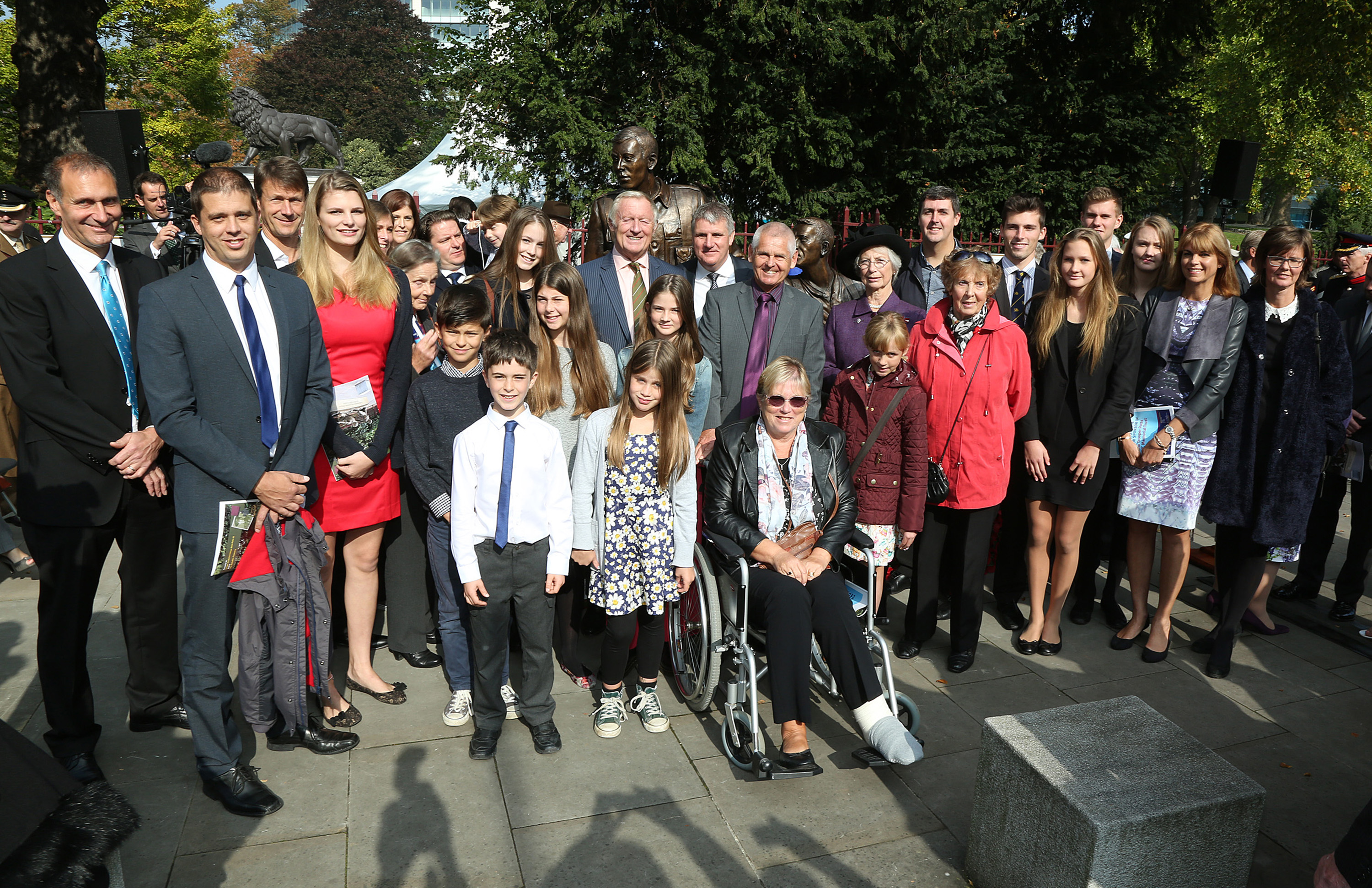 Some of the guests and members of the two men's familiess

We are very pleased that all the feedback about the memorials has been so positive. In particular people appreciate the detail of the sculptures and also the items the sculptor placed on the battlefield:- buttons with badges, Turkish belt buckle and uniform button, water bottle, .303 bullets and a SMLE rifle, Huntley and Palmer ration biscuits, Arthur Andrews' pipe and tobacco tin and a reflection of the Maiwand Lion. This latter is very evocative as on the Roll of Honour is the name of Lieutenant G P Blackall-Simonds, the only son of the sculptor of the Maiwand Lion George Blackall-Simonds.

Images of the unveiling

A film of the occasion was commissioned: Click for either the full version or a short version).

Photographer Stewart Turkington took many photos at the event. To see them ( CLICK HERE)