There are three elements to the memorial; the sculpture of Trooper Potts VC and Trooper Andrews, a Roll of Honour and two Information Boards. As the site is within the Abbey Quarter Scheduled area it also needed consent from Historic England.

To meet the requirements of the Scheduled Monuments Consent No S00100579 (Reading Abbey) a comprehensive report on the making of the memorials was prepared for Historic England. An updated version of this, which takes us from the sculptor's studio all the way to installing the memorials, may be seen by clicking HERE 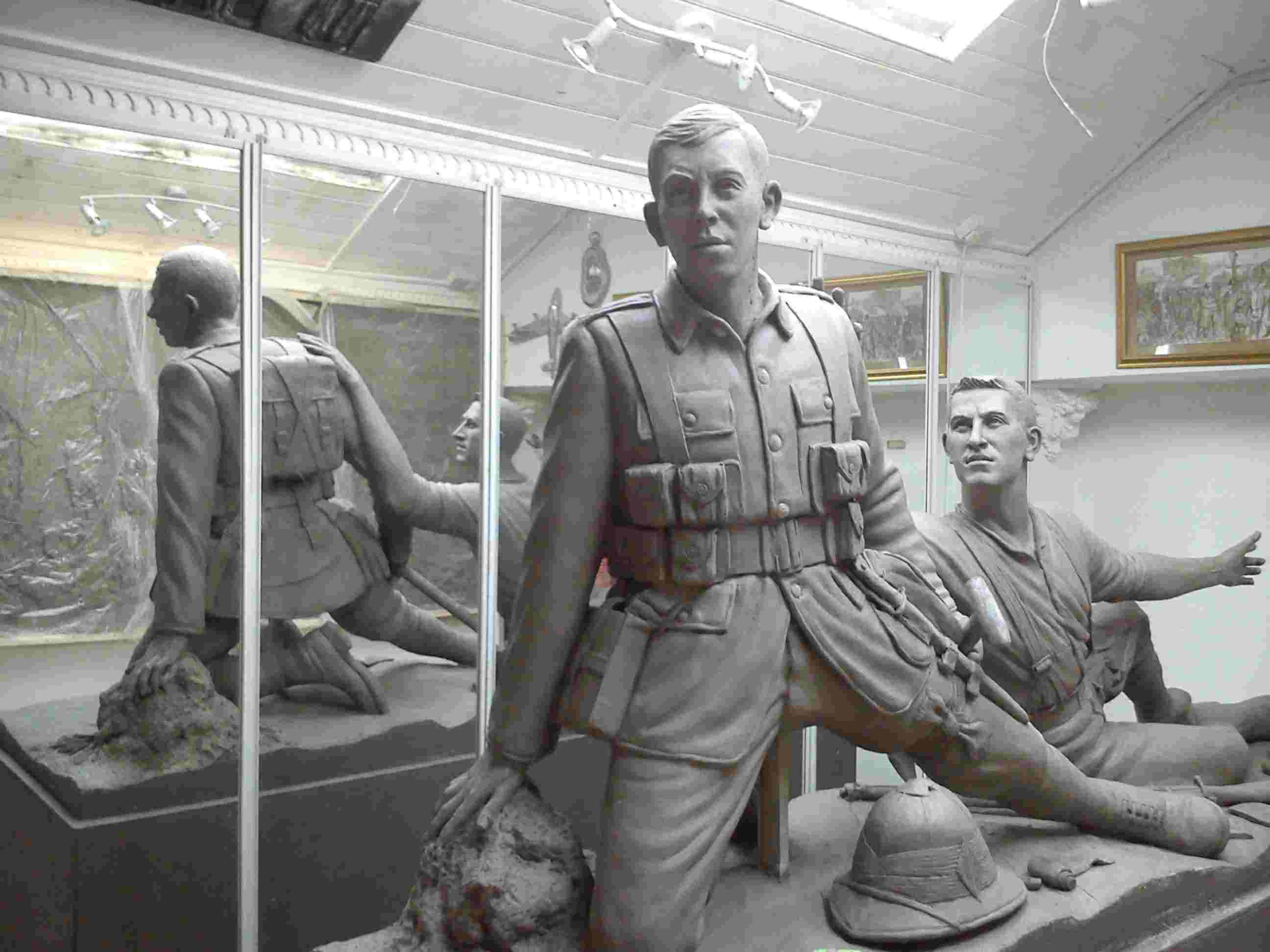 The Bronze casting of the sculpture was undertaken by Morris Singer Fine Art Foundry of Lasham, Hants. The origins of Morris Singer go back to 1848, they have cast many historic sculptures including The Lions in Trafalgar Square and more recently the sculpture of Gandhi, in Parliament Square, and the Mind's Eye Tree at Shakespeare's New Place (Autumn 2016). They started work by taking moulds of Tom's sculpture in his studio in Liverpool, the lost wax process was then used to produce bronze castings of the various parts of the sculpture which were then welded together, the assembled sculpture was finally it was given a traditional brown finish with various parts highlighted. 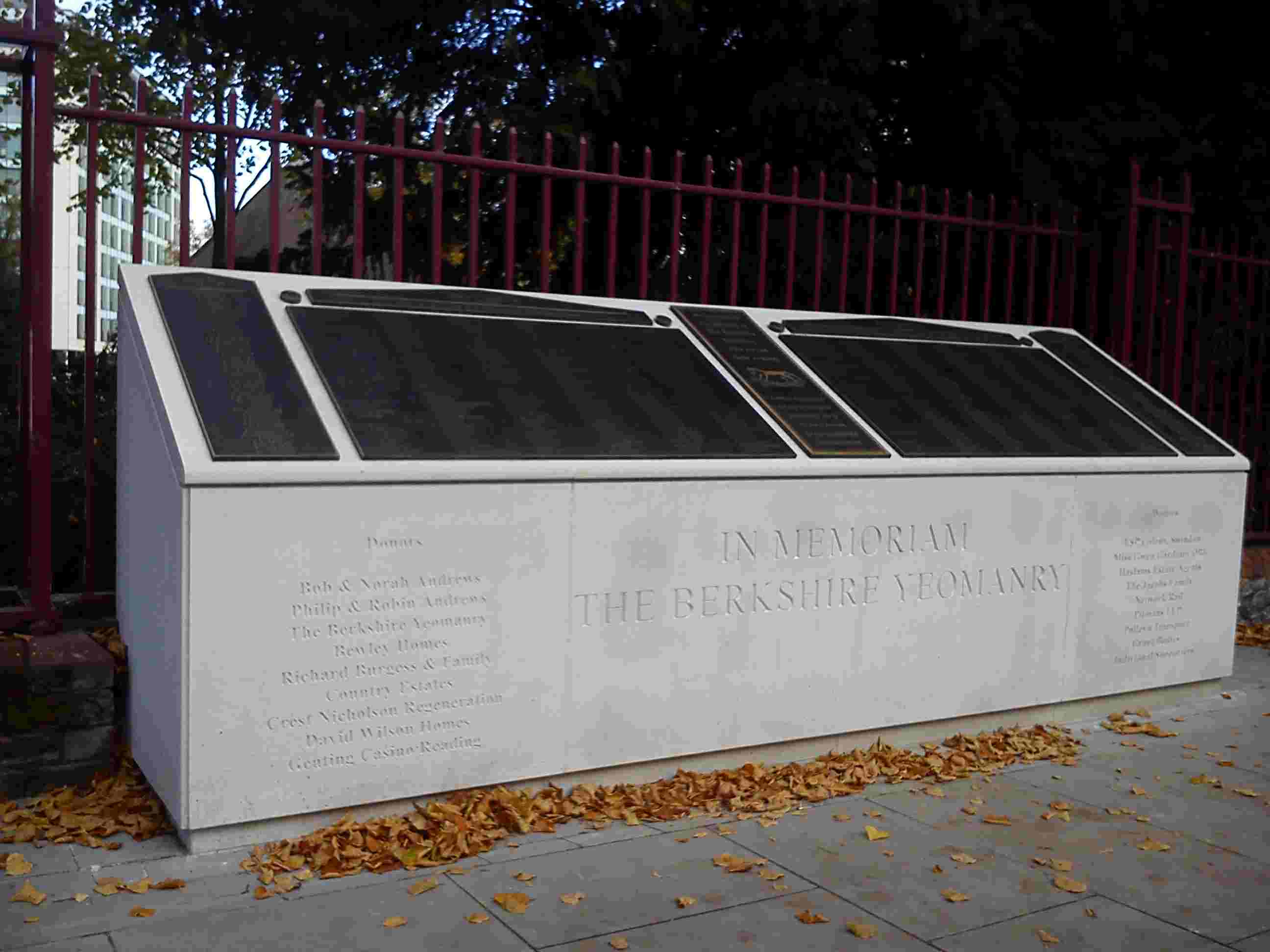 The Roll of Honour on its plinth


The second key part of the memorial is the Roll of Honour to the 426 men of the Berkshire Yeomanry who lost their lives in the wars of the 20th Century. This is set against the railings of the Forbury Gardens alongside the sculpture. The Roll of Honour, in bronze, was produced by Photocast Products of Liverpool. The shape of the plinth was developed to enable all the names to be readily seen and touched. The Roll of Honour was installed in mid-September 2015. The names of the significant donors and supporters are carved into the Portland Stone. 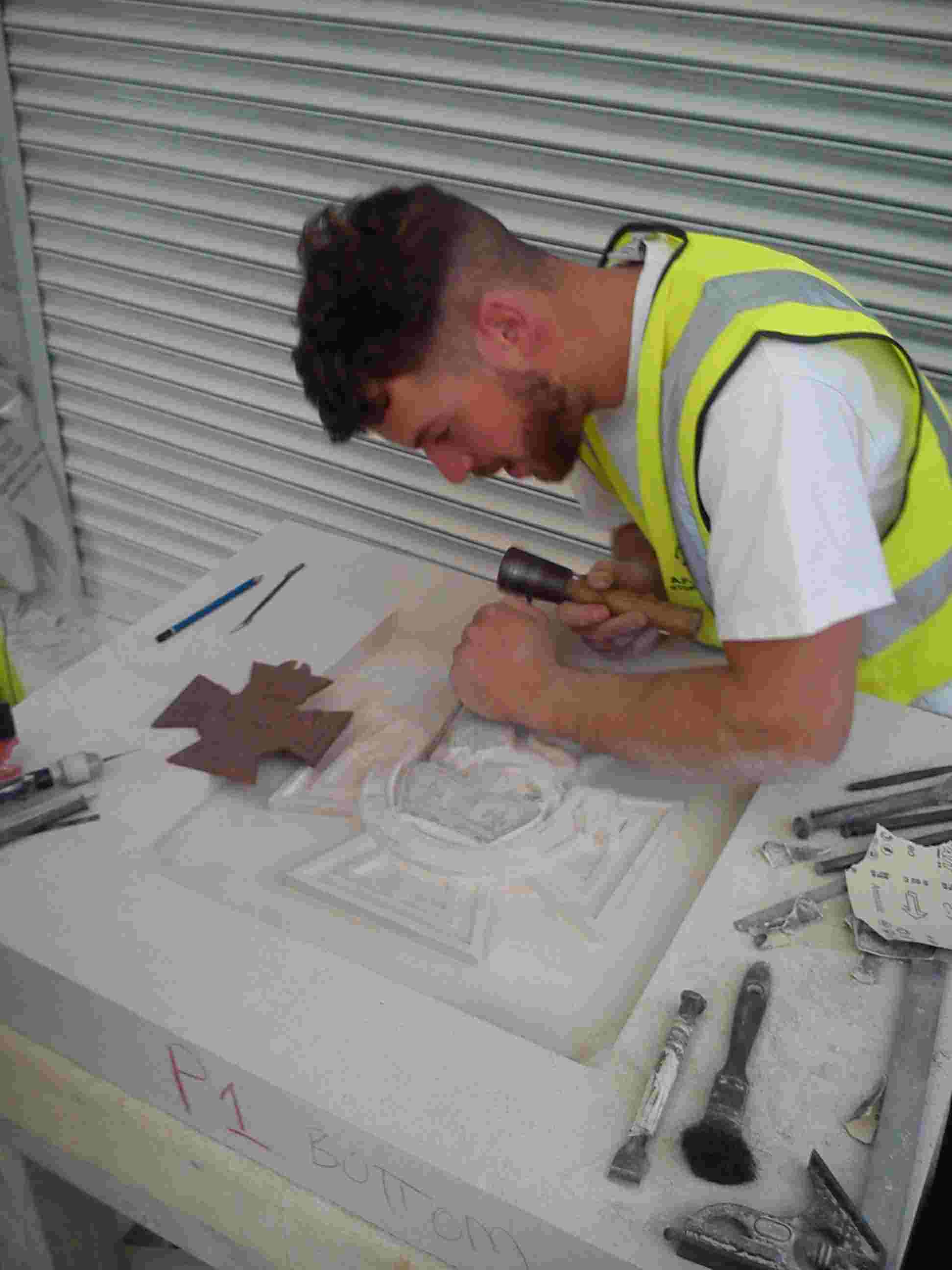 Jonathan Rayfield at work on the VC badge


The Sculpture and the Roll of Honour are set on plinths which have Portland Stone outer skins ( 50 mm thick on the Roll of Honour and 100 mm for the sculpture). Work on the plinth cores was undertaken by Francis Construction . Work started in August 2015 and was completed in early September 2015. The stonework throughout was undertaken by A F Jones Stonemasons of Reading. The badges of The Victoria Cross and The Berkshire Yeomanry were carved by hand by Jonathan Rayfield. 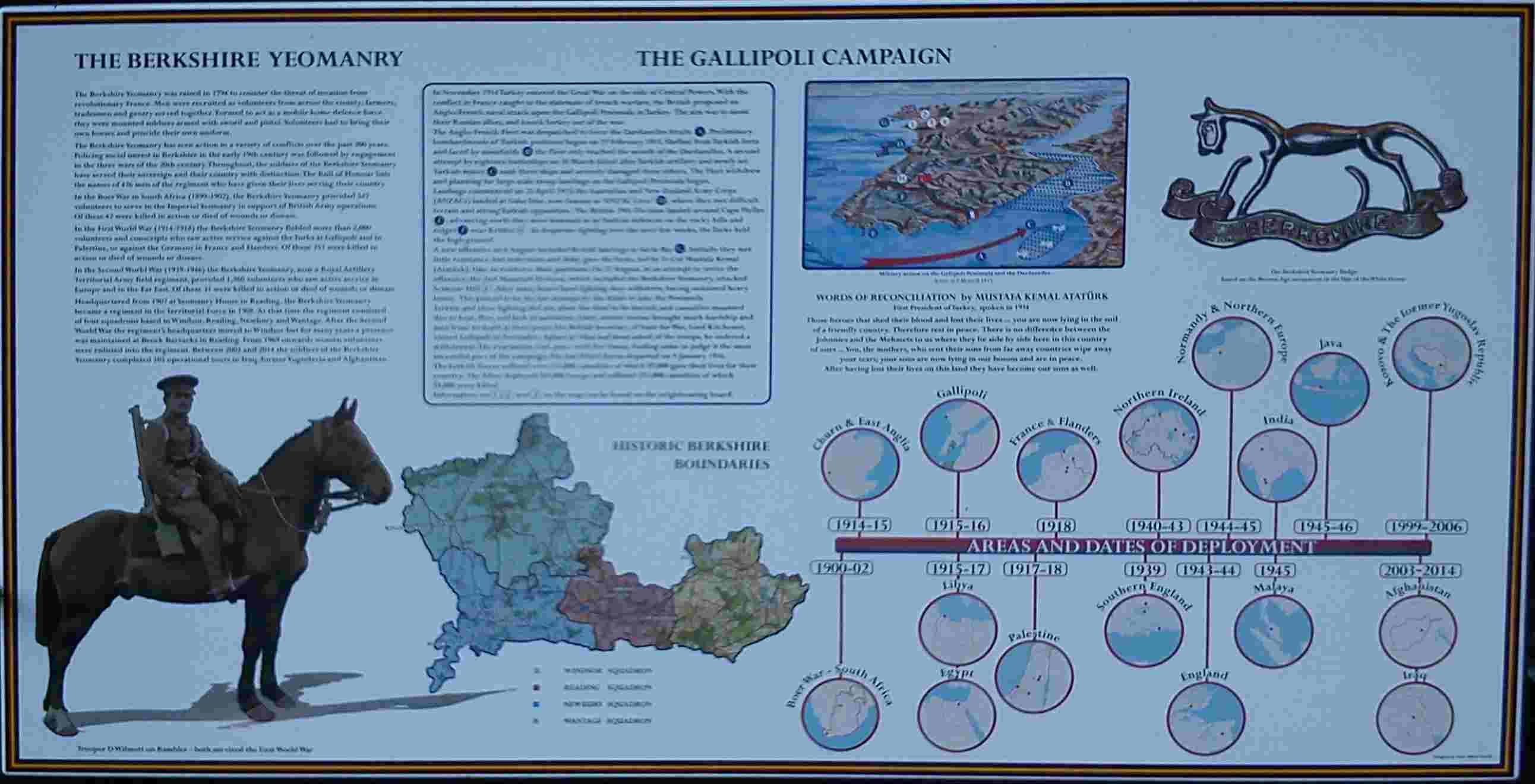 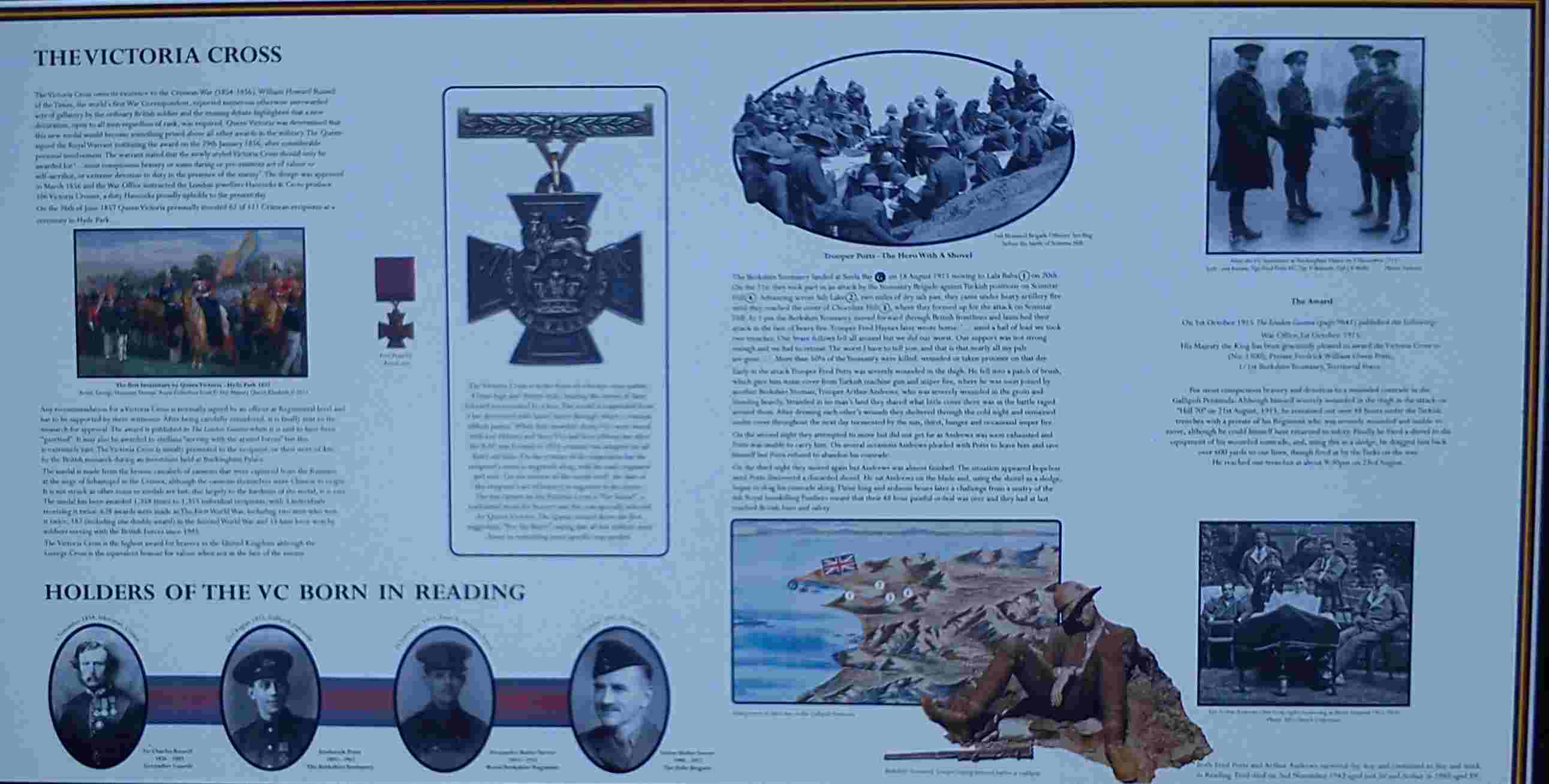 
The final part of the memorial is two Information Boards, designed by Anne-Marie Carroll. These are affixed to the Forbury Gardens railings. 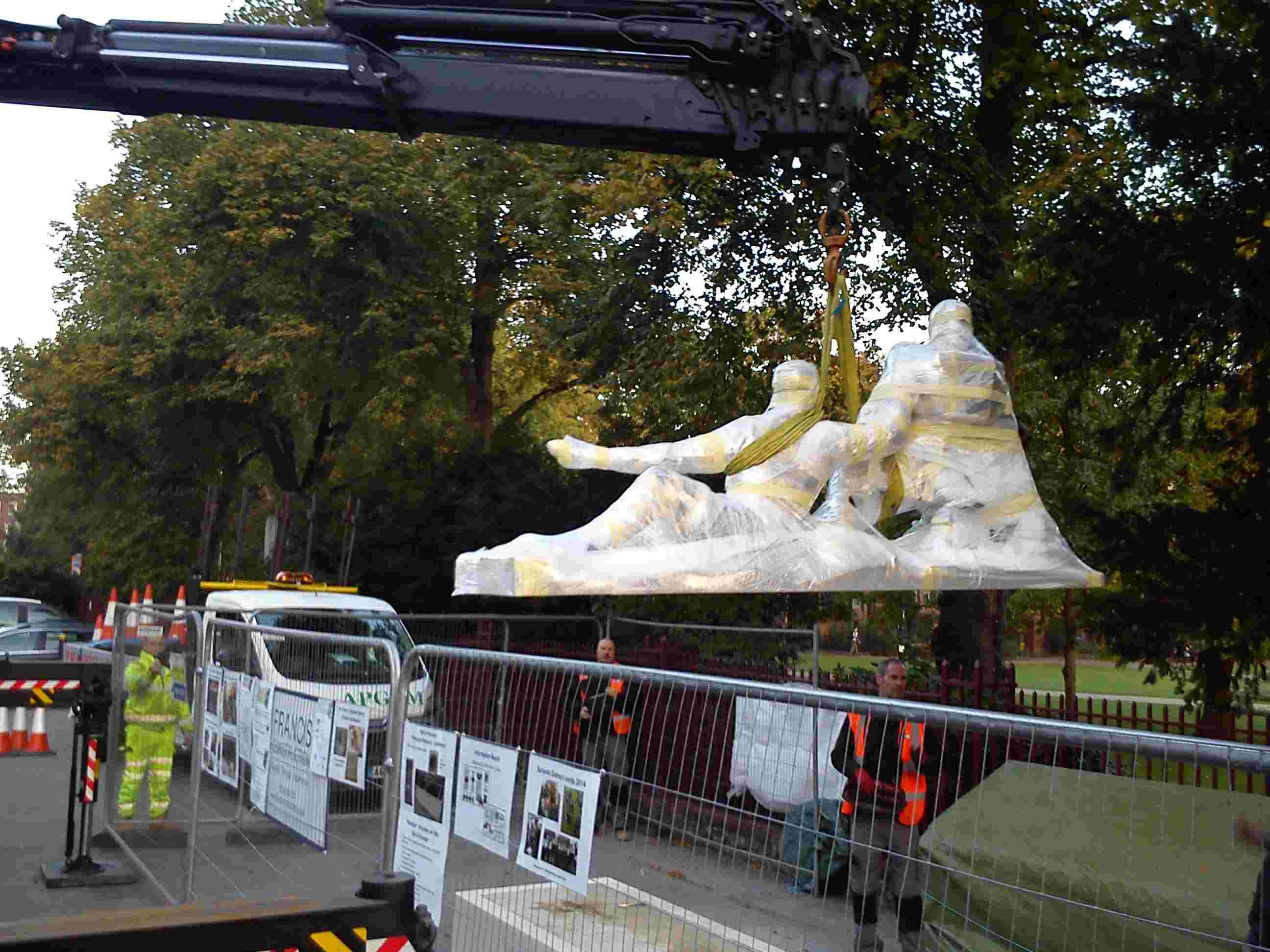 Lowering the statue onto the plinth 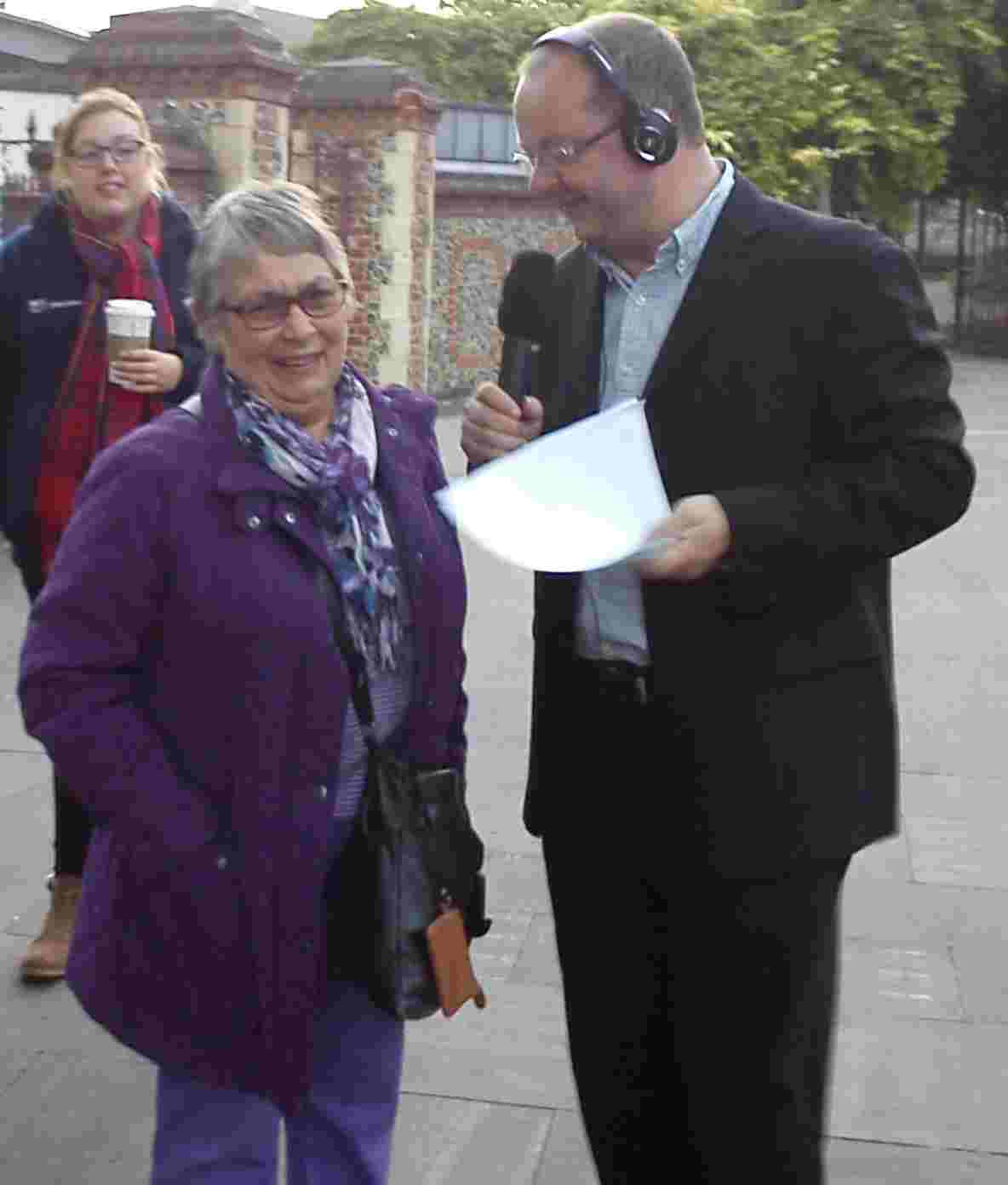 
The sculpture, which weighs just under One Tonne and on its plinth is approx 7ft high by 10ft long and 3 ft wide, was installed on 2nd of October 2015. Andrew Peach, of BBC Radio Berkshire, did an outside broadcast for his morning show to cover the installation.